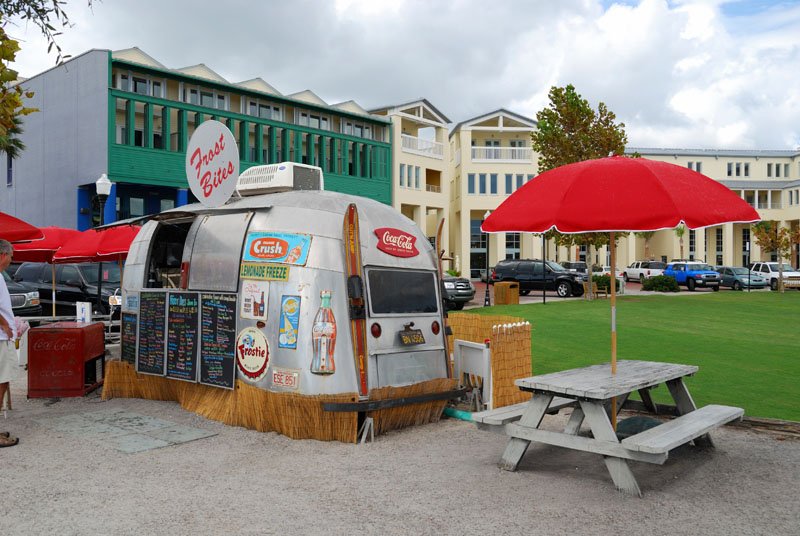 The scenic highway in the panhandle of Florida is a well-known destination for Memphians.

There are no amusement parks here. You won’t find miniature golf or waterslides. The beaches along Scenic Highway 30-A in South Walton County are a serene landscape of beach umbrellas and kites, protected sand dunes and quaint shops. It’s this serenity that has drawn my family there for years. In our stop-and-go days of constant stimulation, a week of quiet with beautiful views is what’s needed to recharge the batteries. And, if you can get away, there may be no better time to visit than the fall.

The beach names will ring a bell to Memphians — Dune Allen, Santa Rosa, Grayton, Seaside, Seagrove, Rosemary, Inlet. There are a dozen such communities spanning the nearly 20 miles of 30-A, each one as unique and inviting as the next.

Not ones for redundancy, we’ve vacationed in many different spots, always curious as to what might make one better than the other. What we’ve found is that there is magic in each. We go there for the white sand beaches, the architecture, the food, and the sense of community in these pristine villages. I first visited in my early 20s as a chauffeur working out of nearby Panama City Beach. A couple needed a ride to their wedding in a small, clapboard chapel in Eden State Park just across Highway 98, then back to Seaside for dinner. “We want to go for drinks later where the locals go,” they said. “Can you find out where that is?” That place was The Red Bar in Grayton Beach. Now well known throughout the South via word of mouth, social media, and the ubiquitous t-shirt, in the mid-1990s it truly was a locals-only destination. I recommended it then and I’d recommend it today for its funky décor, live music, and famous Bloody Mary, known as the “house salad.”

Driving up to the Alys Beach community is like seeing a mirage. After miles of pine and scrub, the stark-white buildings look like clouds against a blue sky backdrop. There may be no more dramatic approach along all of 30-A.

Hungry? Good, because George’s at Alys Beach beckons and it’s owned by Memphian Rick Spell who purchased the restaurant in 2015 (he also owns La Cocina in Seacrest Beach, Saltwater Grill in Panama City Beach, and the popular Brookhaven Pub just east of the Clark Tower here at home). Spell happened upon 30-A by chance during a visit to Destin and was impressed by the clean and healthy environment. “I was blown away,” he says. “These great communities are fun and new people show up every week. It’s been incredibly rewarding to experience that area down there. We’re really enjoying it.”

Other must-have meals can be found set among the Bavarian-style village of Rosemary at Cowgirl Kitchen, Angelina’s Pizzeria in Seagrove, or any of the Airstream food trucks that line 30-A in Seaside. A favorite of my family’s is Hurricane Oyster Bar in Grayton Beach just north of 30-A for some of the freshest seafood around. The kids enjoy sitting outdoors and looking for the alligator said to live in the adjacent lily pad-strewn pond. In peak season there might be a wait for a table, but you won’t mind with a drink from the bar and time to peruse the art shops in the complex’s courtyard. Once you’ve finished dinner, don’t forget to head to Blue Mountain Beach Creamery for dessert. (Pro tip: Many restaurants up and down 30-A are cash-only, be sure to check their websites or call before making the trip.)

Going to the beach? Of course you are. Plan ahead, you’ll need something cold and frothy in the heat — stop by The Growler Garage in Santa Rosa Beach for the best in craft beer selections. Local connection: The Garage’s owners, Denise and Mitch Omar, hail from right here in Bartlett. Drawn by the casual, laid-back lifestyle, the Omars vacationed along 30-A for 20 years before buying a condo and moving there five years ago. When the retail space below their residence became available, they jumped at the chance. “Our daughter and her family were leaving Memphis for Atlanta so Mitch and I put our heads together, feeling like this was the right time to explore our dream of owning a bar by the beach, and decided to pursue this with a craft beer store,” Denise says. “The concept of design is ‘all things garage’ since Mitch already had O’s Custom Paints [custom motorcycle paint shop] in Bartlett, which is still going strong as he commutes back and forth.”

My family has made a yearly pilgrimage to Sundog Books in Seaside since it was an open-air kiosk on the south side (the beach side) of 30-A. Today it brims with all genres of books and is continually packed with literary lovers. So if you don’t have a beach read already — or if you just didn’t have room for the stack of books in your luggage — make Sundog a destination.

The must-sees in this part of the country are just too numerous to list. As Denise Omar says when asked where she might send a tourist, “Start at one end or the other of 30-A and simply work your way to the other end. . . . The places are endless, 30-A is really a happy place to be.”

What you’ll notice first as you drive down to the area from Memphis are the pine trees. They line the road and seem to go on forever in surprisingly undeveloped swaths of land. It wasn’t a cold beer or daiquiri that first drew the interest of settlers and industry, but those trees and the turpentine derived from them. Timber merchants Simeon Strickland and his son-in-law Wiliam Henry Wesley built an estate in Point Washington, just north of 30-A, in the 1890s. The Wesley Home was built a few years later and can still be visited in Eden State Gardens (make it a stop on your vacation).

The beaches of South Walton County began being built up in the early 1900s by Charles E. Cessna of Chicago, and W.H. Butler and son Van from New York. The Butlers’ store in Grayton Beach was called The White Elephant and evolved over the years into what is now The Red Bar.

Fast forward to the 1970s and Highway 30-A as we know it today was completed. A decade later, Robert Davis began developing the Seaside neighborhood, hosting its first town meeting in 1983. Shortly after, Bud & Alley’s restaurant opened, followed by Goatfeathers seafood market, and Modica Market. All are still there today.