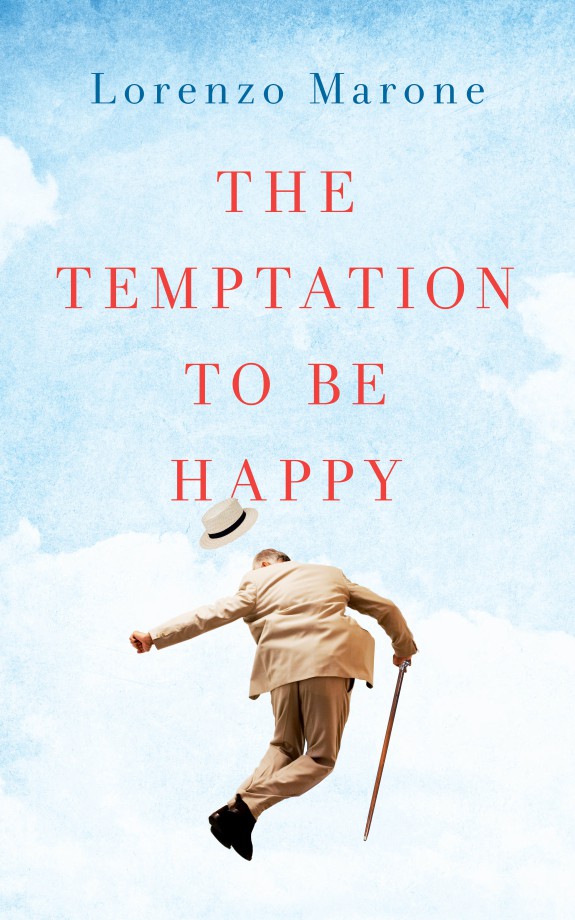 “Everything Happens to Me” is a jazz standard first recorded by the Tommy Dorsey Orchestra and Frank Sinatra in 1940. Around that same time is when Cesare Annunziata, the antihero of Lorenzo Marone’s striking novel (translated from the Italian by Shaun Whiteside), The Temptation to Be Happy, would have been born, and Cesare might have taken that song as his life’s anthem.

When we meet Cesare he is 77 years old, and to say he’s curmudgeonly would be an understatement. I’d say he’s a loveable curmudgeon but, honestly, there’s not much to love about Cesare as a person.

A widower, he lives alone in a building of mostly elderly people in Naples, Italy. He actively avoids those who live around him, lingering at the lobby mailbox if someone else is waiting for the elevator and avoiding standing in lines at the market. “Christ, there’s nothing worse than a sociable person,” Cesare thinks. “What’s so great about meeting a new individual? We’re all the same anyway, more or less, a collection of shortcomings walking along the street and trying to avoid similar collections.”

He rightly refers to these avoidances as “my sociopathic urges.” Come to think of it, sociopath might be a better description of Cesare than curmudgeon.

He inhabits his dismal building as comfortably as he does his own mind, to which the reader is given free access. When a young couple moves in across the hall, it’s as if the modern world beyond his front stoop has crashed his very consciousness. Cesare thinks, “At their age they still haven’t worked out that yes, it’s important to reach your target, but there’s no record to beat. It’s better to reach the finishing line slowly, enjoy the landscape, maintain a measured pace and regular breathing for the whole journey, finishing the race as late as possible.”

On the surface, it seems as though Cesare’s concern is with the urgency with which they conduct their affairs and that roses might go un-smelled. But remember, everything happens to Cesare, and what truly worries him is the noise that is sure to invade his quiet hovel.

And noise does accompany the young couple, though it’s not that of cocktail parties, but of furniture breaking and a woman’s cries. His neighbor is being abused and even sociopathic Cesare can’t stand for that. Begrudgingly, he enlists the help of neighbors — the crazy cat lady next door and the shut-in a floor below. Together, this unlikely justice league takes on the task of rescue.

This is about all the concern Cesare can muster because, as he’s striving to help a stranger, his relationship with his two grown children continues to capsize. Righting it is seemingly beyond Cesare’s capacity because its sunken state is, conveniently, not his fault. He says of his late wife, Caterina, “Because of her pregnancy I was forced to abandon forever my rebellious impulse — it was my wife’s fault that I would lead a life I didn’t want. That was when I began to hate her.”

Ever the victim, he’s burdened his son and daughter with his regret, saying, “He became homosexual; she egocentric and neurotic.” That quote says a lot about Cesare, and his thoughts on homosexuality and women. He goes on to say aloud to his dead wife, “If you were here, we could swap roles now. Perhaps that way we could compensate a little bit for the damage done!” As if being gay and headstrong were damages to be repaired.

In the end, it is Cesare who is damaged. What’s more, he realizes it and names it before we ever can. He is not completely alone in that apartment — he lives with ghosts and regrets as he laments, “I’m not capable of giving love to those who have a right to it.”

When tragedy strikes, it strikes hard, and Marone’s writing shines brightest as he pulls the reader into the scene, into the very room where life is slipping away and Cesare alone fights to save it. But still, there’s the old Cesare and his thoughts on it all — “Life is giving me a second chance” — as he makes it about himself.