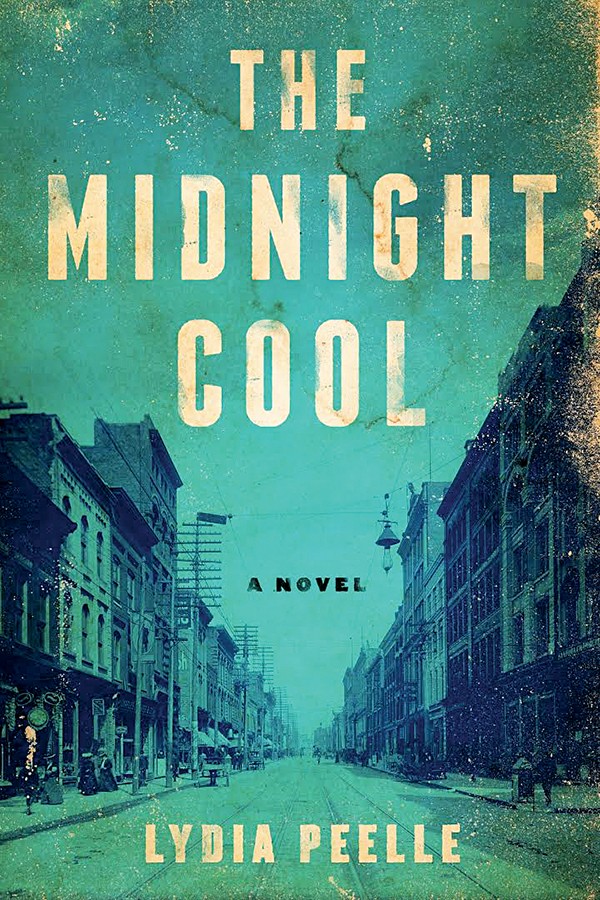 Lydia Peelle, by her own admission, is a time traveller when she’s writing. In her new novel, The Midnight Cool (Harper), she takes us along with her to the American South of 1917 and the beginnings of World War I.

At the center of Peelle’s book are mules, the most maligned and stubborn of beasts. The author has a soft spot for them and writes with compassion about the animal anomalies. “A lot of the elements of the book have long-captured my imagination: The relationship of men and horses and mules is one, horse traders and that subculture and characters is another,” she said by phone from her home in Nashville.

The story follows two less-than-ethical horse traders, Billy Monday and Charles McLaughlin, skilled at masking the flaws of lesser animals and at smooth-talking customers, respectively. The tables are turned when they themselves are duped and Charles purchases a spirited (read: dangerous) horse from a wealthy man in fictional Richfield, Tennessee. Perhaps Charles is mesmerized by the stateliness of the sedated mare, or perhaps it’s the horse owner’s daughter, the beautiful Catherine Hatcher, clouding his judgment. Either way, the two hustlers find themselves in possession of a man-killing horse and, Charles, anyway, of a lovelorn heart.

Against the backdrop of the beginnings of a Great War in Europe, we learn the connection of the two men — a middle-aged Irish immigrant (Billy) and the teenage son of a prostitute. Charles has dollar signs in his eyes and a youthful obsession over the wealthy. Thus is he drawn into the coterie of Catherine’s father, Leland Hatcher, just as he’s pulled further in by his daughter’s charms. War and love begin to take a toll on the men’s relationship even as they take on the task of supplying war mules to the U.S. government. The action comes to a head as Charles is forced to make a decision between his life and country, his love and duty, and a secret and truth.

Peelle is a masterful storyteller who has honed her craft with short stories and the collection Reasons for and Advantages of Breathing (Harper Perennial, 2009). The Midnight Cool is her first novel and is rich with voice and in detail, the sense of place as familiar as her own backyard. “The writing and research evolved side by side,” she said. “The research was like a treasure hunt. One door led to another and another, until about halfway through the drafts I realized I had opened one literally onto my back doorstep.”

She grew up on her grandfather’s farm in upstate New York and has had a lifelong love affair with horses. “My father was the first person in his family to leave the farm, so it’s in my blood,” she said. “When I was growing up, we would go back to the farm, but all of the animals were gone so there were empty barns and empty pastures that really captured my imagination.” While in college, she worked giving horseback riding lessons and leading trail rides, and she ran horses at a horse auction, the first place she came in contact with the horse-trading subculture.

Only recently, though, did she become acquainted with mules, true characters within her book as they plow a straight and true furrow through the storyline. “You cannot tell America’s story without talking about mules,” she has said about the horse-donkey hybrids. “Mule power essentially built the physical infrastructure of our cities and our country: the roads, the power lines, the telephone lines, the transcontinental railroad, etc.”

Peelle has a long road to travel in the countryside of literature, and, though some will be short jaunts, I look forward to these longer walks through the lives of her characters and the times that have passed.

Originally published in The Memphis Flyer.