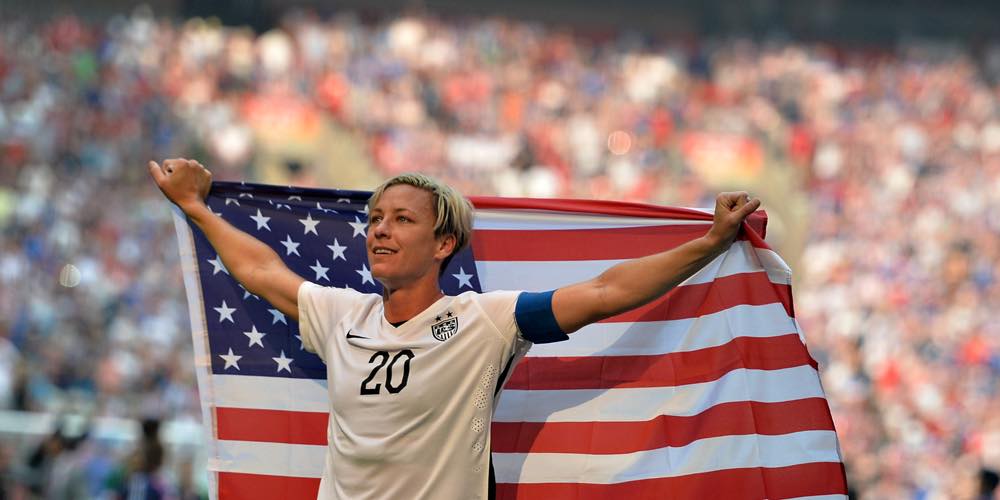 In trying to remember the outside influences that inspired me as a child, I keep coming up with The Six-Million Dollar Man, Evel Knievel, Mr. Kotter and Bo and Luke Duke. I watched a lot of television as a child of the 1970s.

I wonder who my sisters had on their radars. Snow White? Holly Hobbie? Daisy Duke? Certainly Wonder Woman.

I think about my own daughters — Somerset, 12, and Genevieve, 9 — and wonder who they aspire to emulate. A Kardashian? A Hilton? Let’s hope not. I hope, instead, they’ll fall into the orbit of those women leading the sorts of fulfilling, interesting lives they might aspire to.

We’ve spent the past month following and cheering the U.S. women’s soccer team as they marched their way through the World Cup. We watched news clips of an African-American woman climbing a flagpole at the South Carolina capitol building to remove a symbol of oppression. A new documentary looks at the life of Nina Simone, a courageous woman who used her celebrity as a stage for activism.

The wonder women in the world getting attention today are plentiful, and that’s a great thing.

My daughters come from a long line of headstrong women. Their mother has taught in the city school system for nearly 20 years, much of that time spent in high schools. Can you imagine the will it takes to spend 180 days a year with rooms full of obstinate, defiant teenagers? And yet twice in the past week she was greeted with hugs by former students where they worked, young women with productive jobs in our city.

Last month I wrote here about our family vacation and the hardheadedness of my girls as they refused to go along with the crowd. In that case, my wife and I were the crowd, so they ultimately were forced to do as they were told. But with the advantage of time and distance, I see their behavior as strong-willed and passionate — two characteristics I hope they cultivate into adulthood.

I’ve watched my daughters on soccer fields and on basketball courts, and I have seen a determination in them. On that vacation, I watched Somerset as she attempted again and again to stand on a surfboard in the waves until she was able to. It is that focus and drive to succeed that will make her successful one day at whatever career she chooses.

We have surrounded ourselves with friends who are teachers, artists, mothers, musicians, writers, those who work with nonprofits and with entrepreneurs making their own families’ dreams come true. These women — along with aunts and grandmothers and cousins — are who my daughters will look up to.

To my girls, you don’t need to write a protest song or climb a flagpole or score a goal on the world stage. But you do need to be a good person and help others when you can, and use your talents and powers to the best of your abilities.

There is power in activism and sports and education. Girl power? Sure, but I’d rather they see it simply as the power to make their community and the world a better place.