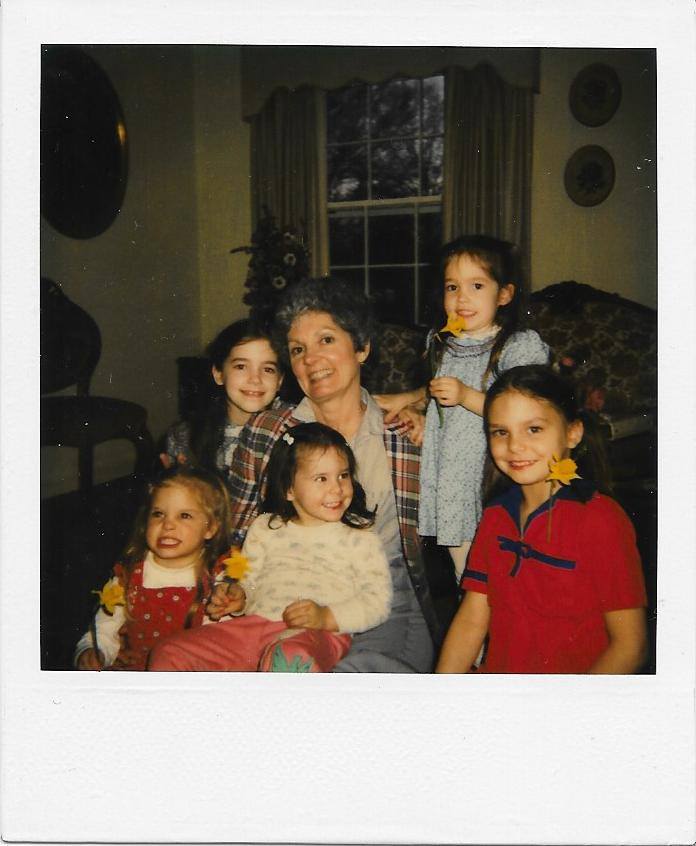 The change of seasons so far has taken some spring from my family’s step. Over the course of four days during spring break, we lost my wife’s grandmother, Evelyn Jean Bigham, and my own, Shirley Fachini. My children, until now distanced from death, suddenly were faced with a crash course in it. I’m grateful, though, that they were able to know their great-grandparents just as I had known mine. It’s a treasure to hear family lore from the mouths of those who lived it.

I was there in the hospital room with my grandmother when she passed. There is a memory of her that I cherish, and it buoyed me during those hours and in the days to come with a filled-to-capacity visitation and funeral at St. Louis Catholic Church.

As children, my sisters and I spent weeks each summer with my grandparents outside Chicago, where my grandfather had been transferred with International Harvester. On this day, I was 12 years old, the age my daughter is now, when “Mimi” took us, a cousin and our aunt to the Brookfield Zoo.

As we kids ran around acting like the fools we were, I noticed a young woman sitting alone on a bench while her own two young boys ran around with their own foolishness. The woman was crying, and Mimi went to her and sat with her, leaning in close to speak. Through the chaos of activity, I watched these two women — one a young mother, the other a grandmother — in commiseration.

I don’t know what they talked about, what words of comfort or wisdom my grandmother might have imparted, but I remember thinking to myself that this is what it means to be a grown-up: You take the time to sit and comfort someone, even a stranger.

Mimi raised seven children of her own in Memphis, hooligans running indoors and out, and that day at the zoo she had five kids in her charge to be fed, corralled and entertained. Yet she still had the presence of mind and the compassion to sit with a mother clearly coping with her own difficulties.

Over the years, I’ve thought about the scene that unfolded there in front of me, and I always thought that was the kind of adult I would become. But I haven’t. Grandparents set the bar high for all the rest of us.

As a child, I thought that the people I loved would live forever. As an adult, of course, I know that’s not true. But what I’ve come to learn over the years is that those we love stay with us. If we’re lucky, we have the luxury of time spent with them, to hear their stories, to watch the way they handle themselves and lead their lives.

My children were lucky enough to know these women that I’ll hold up as examples when teaching right from wrong, selflessness and compassion, and just what it means to be a grown-up.