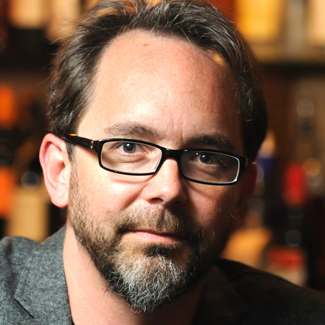 When my oldest son turned 15, we went to the empty parking lot of the Liberty Bowl to allow him to become comfortable and confident behind the wheel of a car. Weeks later, when we both felt the time was right, he eased the car onto the city road, taking back streets to get the feel of driving in traffic. He studied the driving manual and took a test at a government facility to obtain a driver’s permit. Many more months of him driving with me or his mother would follow before he went back to that government facility to take a road test with a trained professional. At 17, he is subject by law to a restricted driving arrangement for another year.

About a decade ago, I owned a small retail business and wanted a handgun for protection while working alone. I went to a gun show in the Pipkin Building at the Mid-South Fairgrounds, the same space I would later take my son to learn to drive. I found a pistol within my modest price range, gave the seller a copy of an MLGW bill and my driver’s license, he made a phone call and read off the information, money exchanged hands, and I walked out a half-hour later with a .38 caliber Taurus and a box of ammunition.

Every day, my oldest son drives himself and his brother 10 miles to school. I worry about that drive every single morning. Even with his training, the testing and his good driving record so far, I fret over the trip down Sam Cooper Boulevard. Once I think enough time has elapsed for him to have arrived at school and I haven’t received an emergency call from him or, worse, the police, I breathe just a little easier. He’s at school. He’s safe.

As I sit and write this, there have been 380 killed and 1,098 wounded in mass shootings in the U.S. so far this year. Many of those were at schools. I shudder to think what might happen between my typing and press time.

I understand that the guns used in these shootings were obtained in a myriad of ways. Many were lawful; many were not. All I have is my own experience to go by — it took a few hundred dollars and a billing statement for me to get a gun, while it takes months of preparation and testing to drive a car. Both are dangerous, but I’m starting to wonder if my kids aren’t safer in Memphis traffic than in a classroom, and that’s worrisome.

Two weeks ago, a shooter killed 10 and wounded seven on a college campus in Oregon. Next year, I will put my son in his car and send him off to college. I’d like to think the drive there and back will be the most dangerous part of his time away, but the news of the day is difficult to ignore.

Much like a new teenage driver, society has taken a wrong turn. We need to correct that. We need to find our way again, and make a life that is safe for our children.