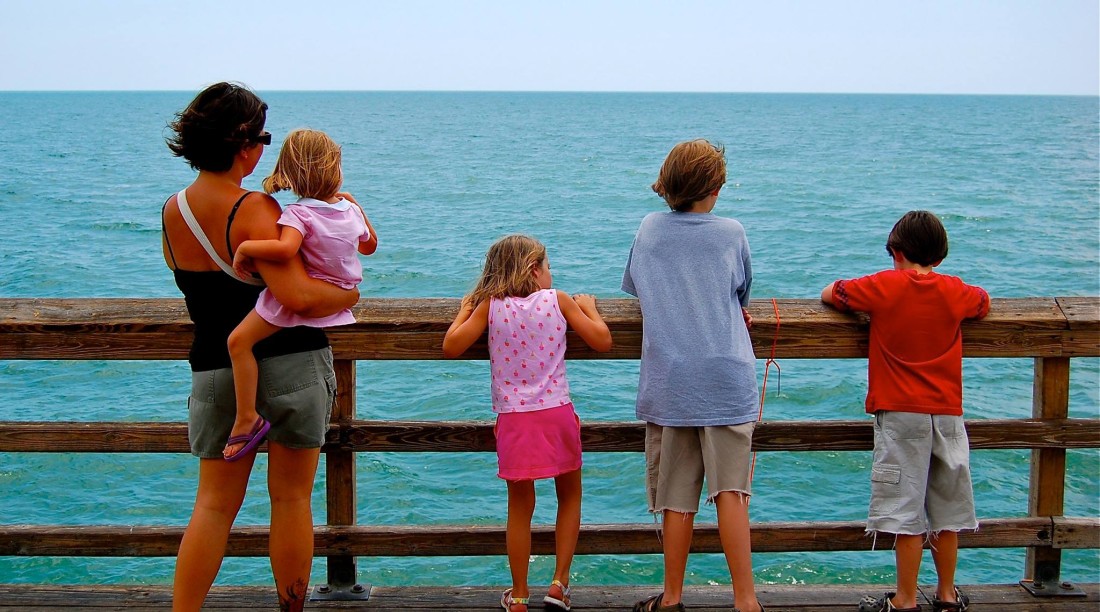 Signing off on my final column, and still laughing at my kids

After more than seven years and somewhere in the neighborhood of 200 columns, I feel it’s time for me to turn my attention elsewhere and focus on other work and expanded ideas. This will be my last column, and I wanted to use this space to thank all of you for so many years of reading, for the emails you’ve sent and the stories you’ve shared about your own children or your own childhood as we stood side by side questioning the number of cereal options at Kroger.

If you had a newborn when this column first appeared, they’re in the first grade this year. If you didn’t have any children at all and were reading this column, you might still not have any, worried that this might be your lot in life.

My own kids were 2, 6, 7 and 9 at the time I began writing. Over the years you’ve been a part of their first days of school, their joys and fears, their triumphs and failures. I assured my kids that I wasn’t laughing at them, but with them. But let’s be honest here, I was laughing at them. We all were. Not just at them, though, but at ourselves — ourselves as children and ourselves as parents trying to get something, anything, right in the course of a day.

An Alley byline has appeared consistently in The Commercial Appeal since the 1930s, and that’s something I take pride in. In the ’50s and ’60s, my grandfather, Cal Alley, wrote and illustrated the daily comic strip “The Ryatts” for this newspaper and in national syndication. That strip documented the antics of his five children. I like to think that this column has continued that spirit and has acted as a snapshot of raising kids in Memphis in the 21st century.

“Because I Said So” began as a column about my kids, but it’s become much more than that. It’s a column about the struggles of parenthood and the folly of childhood. It’s about my parents and yours. It’s about tradition and nostalgia, it’s the ongoing story of family — nuclear and extended.

You’ve seen us through Harry Potter and family vacations, from first days of school to first dates to the truckload of Pop-Tarts we had delivered weekly along with a tanker truck of milk. Hopefully you’ve laughed at the notion of my youngest losing her mind over the seam of a sock rubbing against her toes, and the fact that, at times, the only privacy I could find to write was in the bathroom. I hope I’ve made you think at other times about the world we should strive to leave our kids in the face of so much uncertainty these days. We’ll send our oldest off to college next year, and it won’t be easy not to form the experience into a cohesive 500 words for you.

So let’s all promise to keep in touch, to make each other laugh, and to try to be good to our children and to one another. Why? Because I said so.