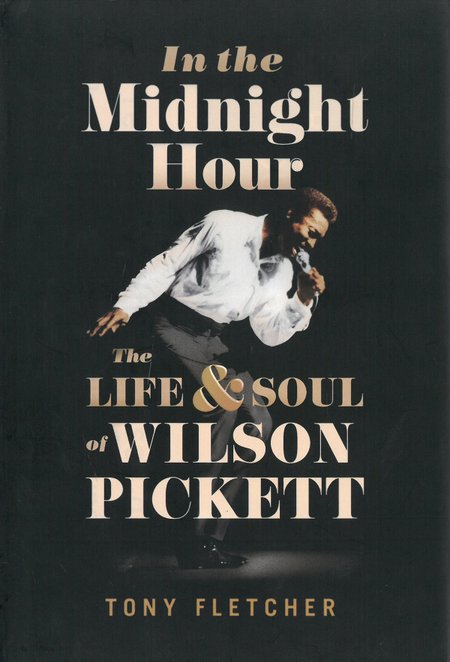 Three new books take the reader from the dividing line of the North and South in the Civil War to the heyday of R&B and American Soul Music (with a stop along the way at Stax in Memphis), to a mix of tales that rely on past technology to tell today’s stories.

Tim Gautreaux’s new collection of short stories, Signals, may be the perfect book for the age we find ourselves in. Connected to the world today as we are, via ones and zeros floating through space, it’s the real connections between human beings that tend to suffer.

Gautreaux adeptly explores those connections in these 20 stories through a filter of technology. In many of his stories, though, that technology isn’t in the form of hand-held devices or social media, but through 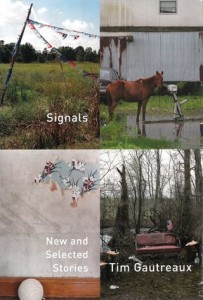 analog technology and networking. Old radios. Sewing machines. Card games. The author has an affinity for the past, and he sees how people today might benefit by plugging in, even if it is to watch those old vacuum tubes glow.

In “Radio Magic,” a man’s desire for fame leads him to create a museum of sorts in a back room of his house in Lincoln Foot, Ohio. Artifacts include a stuffed moose head “half the size of a Volkswagen,” an electric slot machine, a sofa made from the trunk section of a 1947 Plymouth, and a hilarious encounter with a supposedly dormant hornets’ nest. He imagines “the most famous man cave in the county” might eventually garner attention from regional news media. It’s the acquisition of a Philco 41-290 radio pulling in AM, shortwave, and police band that gets him the closest to the fame he desires. He comes across a regular radio program of a long-ago, stand-up comedienne whose act is played twice weekly. The show emanates from a station in the Solomon Islands, and when our man contacts the show’s announcer, he learns that the comedienne is only a town away. A connection nearly missed but for an antique piece of radio equipment.

In the title story, it’s a Pioneer SX-1250 receiver that carries the story and is carried by Professor Talis Kimita from his home in Latvia to the U.S., where he bounces from school to school, “each less prestigious than the previous.” He is married and divorced, his social skills nearly nonexistent, and with only the music and talk shows coming from his old Pioneer keeping him company. When that radio finally gives out in Grand Crapaud, Louisiana, Talis is forced to seek the help of his handy-woman Janice, who teaches him that there are more important things — more important connections — in this world than those that come from any box full of electrical components.

Gautreaux is the author of three novels and two story collections, and his work has appeared in GQ, The New Yorker, and Harper’s, among other publications. He is a writer with the blue-collar everyman of furnace repairmen, waterworks employees, and community college professors at heart.

In the Midnight Hour: The Life & Soul of Wilson Pickett

There has been no shortage of books on the greatest music icons of the last century published in the past few years. Robert Gordon and Peter Guralnick have written their fair share with Respect Yourself: Stax Records and the Soul Explosion and Sam Phillips: The Man Who Invented Rock ‘n’ Roll, respectively, as examples. (Both have an extensive bibliography if you’re looking to fill out your library with music industry and biographic prose.) There have also been, just in the past year, autobiographies by Bruce Springsteen and Elvis Costello, and biographies on Curtis Mayfield and Paul Simon.

And yet, with shelves full of such stories, there’s never been a book on Wilson Pickett. Until now. In the Midnight Hour: The Life & Soul of Wilson Pickett was published last month with a reading and signing at the Stax Museum of American Soul Music by its author, Tony Fletcher. It wasn’t his first trip to the museum, writing that his immersion into soul music “has included copious reading, the collecting of box sets and scratchy old 45s alike, and making the Stax Museum of American Soul Music in Memphis a compulsory stop on our family’s cross-American road trip in 2012.”

“Immersion” is a good way to describe the way Fletcher works once he gets his hooks into a subject. Originally from London, where he started his own music magazine at the age of 13, he emigrated to the United States in 1980 and has written best-selling biographies on Keith Moon, the Smiths, and R.E.M., as well as a memoir, novel, and a history of the New York City music scene.

And still, despite so much research into so many genres, he was as floored as we were to learn there was no Wilson Pickett bio. “It suddenly occurred to me I had never come across a biography of the man, and I sought to understand why, especially as my shelves contained so many books on his peers,” he writes.

He considers that perhaps Pickett’s story “was simply not that interesting.” But nothing could be further from the truth, as Fletcher shows us. Born in a two-room wooden shack in Prattville, Alabama, in 1941, Pickett would go on to join the great migration of blacks to Detroit. He was there for the birth of Motown as part of several R&B groups, but later moved to New York and a solo career. There, he would begin a volatile relationship with Jerry Wexler, powerhouse producer with Atlantic Records, and go on to be the first Atlantic artist to record at both Stax and Fame studios in Muscle Shoals. His hits include “In the Midnight Hour,” “Land of 1,000 Dances,” and “Mustang Sally.”

Pickett died in 2006, but Fletcher has interviews with (and the blessings of) brother Maxwell Pickett and other family members, business associates, colleagues, and friends, lending the book the weight of authenticity.

Over his life as a photographer, editor, reporter, marketing analyst, and Vietnam veteran (a Vietnamese linguist with the 101st Airborne Division and 23rd Infantry Division), one thing has remained constant — fiction. In the past 35 years, Greg Hunt, who makes his home in Cordova, has published over 20 Western, frontier, and historical novels.

“Writing fiction has always been my true obsession,” he says. “I tried to give it up a couple of times when things got rough, but it always kept its grip on me until I finally realized that I could never not be a writer.” 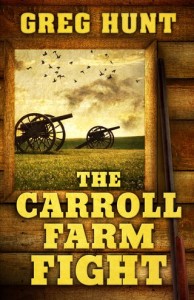 His latest, The Carroll Farm Fight, to be published on February 22nd, falls into the historical fiction genre. Taking place in the rugged Ozark country of Southwest Missouri, on the line that divided the country into the Union and Confederacy, Mel Carroll seeks only to marry his sweetheart and live a quiet life plowing, harvesting, and tending his stock. When a Confederate platoon shows up, though, followed shortly by their foes from the north, Mel’s life and future are thrown into chaos.

Mel is held captive on his farm, yet manages to escape and spend days in the rough terrain of the countryside he calls home. When he makes it to the Adderly Farm, where his girl lives with her family, he finds her father dying of a leg wound and her mother half out of her mind. Rochelle’s brothers have been conscripted by the Union, while she and her sister are nowhere to be found. But Mel knows the terrain and finds the women held captive in an enormous cave, Rochelle badly beaten and raped. From here, the novel becomes a revenge tale, Mel leading the women back to safety before going after the men who have done them harm.

Hunt’s previous novels include The Haven’s Raid, DeWitt’s Strike, The Ringer, and Masks. This spring, he’ll publish Not Fit To Print, a mystery novel set in Memphis, the main character the owner of a local entertainment magazine “with plenty of problems and a murder to solve.”

The meandering spirit of Hunt’s life and of his own “restless spirit,” he says, “have steered me in many directions, but since my early years there was seldom a time, even in war, when you wouldn’t find a pencil in my pocket, a piece of paper close at hand, and a plot coming together in my head.”

Through all those years, all those adventures, he adds that his first rule of writing is a simple one: “Tell a good story.” With The Carroll Farm Fight, he has done just that.