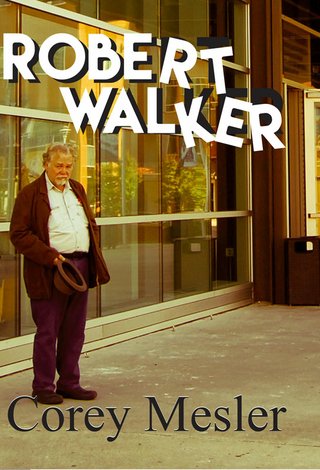 Tales from the City

From the real to the make-believe, home can be found in a book.

We live in a global society these days and, short of international travel, reading wide and far is the best way for us to better ourselves and become acquainted with the world around us. We should be reading tales of foreign cultures, translations from far away, and histories of ancient times.

But every once in a while we need to return home to regroup and reorient ourselves. These three books stomp the same terra as you do, and there may even be some names you recognize. So open a book and come to know your home all over again.

If you could see the writer’s mind as a living, breathing thing, it might look like Ishmael wandering the narrow streets of New England before climbing aboard the ill-fated Pequod. Or perhaps like Sal Paradise passing a bottle among Okies on a flatbed bound for California. It might look like Captain Nemo diving 20,000 leagues below the surface of the sea. Or it might look like Robert Walker, the aptly named protagonist of Corey Mesler’s latest novel by the same name, as he walks the streets of Memphis from Overton Park to the Mississippi River, to the University of Memphis and back again.

Mesler has penned numerous novels, short story collections, and poetry chapbooks. He and wife Cheryl own Burke’s Book Store (only one of the local, iconic images mentioned in this novel). Mesler knows his city, and he knows the way into a character and how to make that character comfortable in his own skin, in his own life as bleak as it may be, and how he or she might react to any given situation.

For Robert Walker, a homeless man stricken by Bell’s Palsy, situations abound. Cast over a two-day period, we learn how and where he finds food, where he goes for help, and how his friendships are made and how they persist. Though homeless and living in a cardboard box on the edge of the Old Forest in Overton Park, Robert Walker lives within a community of “Outsiders” in similar circumstances. Whiskey Dave, Debra, and Pete the Hunchback are not apologetic about their way of life. They subsist as best they can, and they each have their own reasons for their condition. Eventually, we learn Robert Walker’s tragic story that led him to life as an Outsider.

Along the way, we get a walking tour of Memphis. Mesler lays out the streets, the routes, and lists the buildings passed and their significance to Robert Walker. Much like his last novel — 2015’s Memphis Movie (Mesler is one of the most prolific artists we have working in our hometown today) — Robert Walker is a love letter to his city (so much of what Mesler writes is). He knows the streets walked and, not just what’s there at that moment, but the history of a block, of an intersection.

But even the most fervent love has its blemishes. Homelessness is not pretty and Mesler is open about the hardships, the distrust of law enforcement, pervasive mental illness, the propensity for violence around every corner, and the struggle for survival. There is also the charity and the helpers who see a tormented soul only looking for a cup of coffee and a few minutes of conversation.

I wondered, as I read it, what someone who doesn’t live in Memphis or has never visited might think of the book. Whether they’d be confused by, or curious about, Martyrs Park and The Pink Palace, institutions we know so well. But then, I’ve never walked the narrow streets of New England, either. Nor have I traveled by flatbed truck across the Midwest or dipped beneath the waves in a submarine. The magic of fiction is that it puts worlds in our heads — real or imagined — and it’s there that a landscape takes shape with its own roads and parks and buildings. Mesler has given us a map for the life of Robert Walker, and it’s a world as familiar as our own backyard. 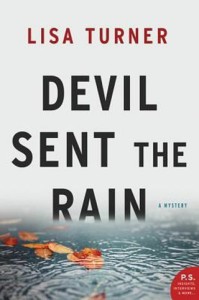 The bio for author Lisa Turner claims she is “fascinated by good people who do wicked things.” This is spot-on for her latest novel Devil Sent The Rain, whose characters could be anyone you might know — your lawyer, a woman sitting next to you at lunch, your Uber driver, or the policeman who pulled you over for a ticket.

A native Memphian, Turner hits all the right spots for a hometown read: Earnestine & Hazel’s, the riverfront, Houston’s, 201 Poplar, the Green Beetle, and Shelby Farms where her story begins with the mysterious murder of a well-connected young woman from an old-Southern-money family of attorneys. Caroline Lee is found behind the wheel of her Camaro in the bison pasture off Farm Road at Walnut Grove, wearing a wedding dress and with a bullet in her head. The catch (the first of many) is that Caroline had canceled the wedding weeks earlier.

Detective Billy Able — Turner’s Dashiell Hammett-meets-Ace Atkins protagonist — is back from his adventures in her previous novels, A Little Death in Dixie and The Gone Dead Train. Along with his new partner, Frankie Malone, the two MPD detectives turn up the fertile soil of the Delta to find the killer. With very few clues at the scene, the case is made all the more complex by Able’s personal connection to the victim, her family’s political and social connections, and a well-paid defense attorney.

I don’t typically read police procedurals, but with a Memphis connection, and after reading the brief yet intriguing prologue, I was drawn in. I’m glad I was. Turner has an eye for detail and moves her story along with a new question, a new clue, a new suspect in every chapter. She enjoys taking the Old South aristocracy down a peg while celebrating the virtues of a thick, chocolate milkshake from long-gone Wiles-Smith Drug Store. Oh, and just to tie in Corey Mesler and an homage to those who have paved the way in her genre, Turner writes about Malone out for an evening jog: “Down the block she passed the hundred-and-forty-year-old Burke’s Books, one of five independent stores that had supported John Grisham with signings before he became famous.”

by Kimberly McCollum and Willy Bearden

As long as we’re taking a stroll through the streets of Memphis, let’s visit some of its most distinctive monuments and memories. Kimberly McCollum, director of Elmwood Cemetery, and partner Willy Bearden have put together a book of photos and history on the residents of the cemetery for Arcadia Publishing as part of its “Images of America” series. Elmwood Cemetery gathers more than 180 photos gleaned from the Benjamin L. Hooks Central Library, the University of Memphis library, the Library of Congress, families of the deceased, and Elmwood’s own archives. 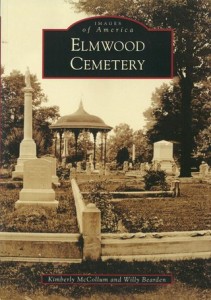 The book is easily digestible and broken up into nine chapters such as The Founding of Elmwood, Yellow Fever, African American Innovators, Medicine and Memphis, and The Home of the Brave, which focuses on military veterans. While there are other histories of Elmwood out there (including the coffee table book Elmwood: In the Shadow of the Elms by Perre Magness with photos by Murray Riss and an introduction by Shelby Foote), McCollum says, “I needed something that was lightweight and good for tourists and people who were just beginning to learn about Elmwood and Memphis history.”

So how long does it take to squeeze 164 years of history (that’s the age of Elmwood) into 125 pages? About six months, McCollum says. “We worked, towards the end, 30-hour weekends on this book. All of last November and December, that’s all we did on the weekends and weeknights.”

While Bearden is an old hand at such endeavors (he’s written four books previously for Arcadia), the task was new to McCollum, who’s been the director of Elmwood since 2005. She says that though she felt overwhelmed at times, she had a natural love for the project. And while she’s hard-pressed to name a single favorite item in the book, she says her greatest moment might have been “being able to boil the story of Wade Bolton down to two sentences.” Bolton was a cotton and slave trader who died in 1869. His monument is a likeness of him in “rumpled attire, untied shoelaces, and one hand behind his back . . .” It was said to have “caused his wife to faint upon seeing it for the first time.”